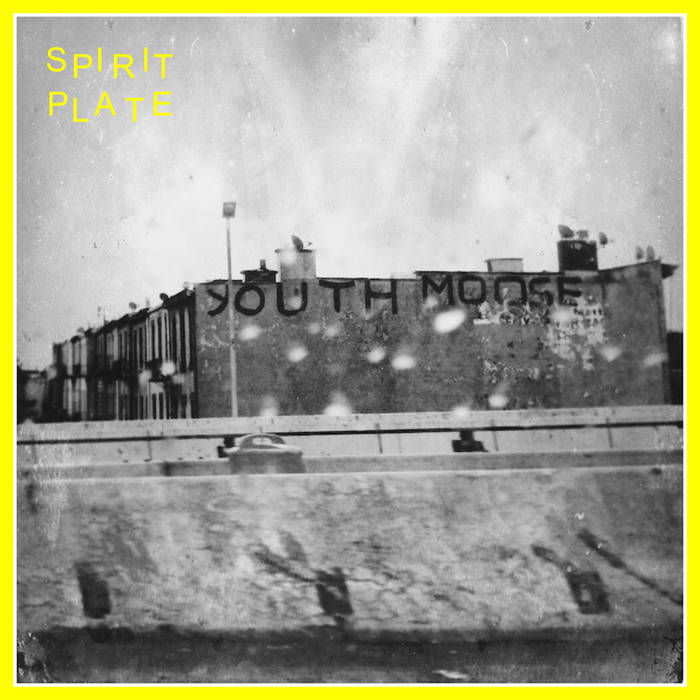 We are proud to say that we have teamed up with our pals over at Campers Rule Records to handle the UK/EU release of Spirit Plate's awesome new album "Youth Moose'!

On "Youth Moose," Spirit Plate reacts to New York City as well as our greater globe through many sharp lenses. To initially gain inspiration for songs, the band closely observed and cataloged street art tattooed to Brooklyn buildings, some of which were scrawled decades ago and others part of the modern resurgence of murals, tags, and visible art everywhere from Bushwick to the Bronx (hence the title "Youth Moose," which in itself is a reference to a commonly seen NYC tag). As a result, there is as much of a nostalgic aspect to this record as there is forward-thinking. Songwriter Brian Russ has personally been living in, playing shows and recording music in Brooklyn for the past 12 years and "Youth Moose" has many reflections to offer from someone who can now safely call Brooklyn his home.

Recorded with no budget, mostly live in a tiny warehouse rehearsal space in the industrial section of Greenpoint, Brooklyn, the base of "Youth Moose" is full of gravel and grime and honestly captures the vibe of 6 people coming together to bring an artistic vision into fruition - right in the moment.

Paying homage to visionary New York City artist such as The Velvet Underground, Talking Heads, and Swans, Spirit Plate shines a light on the past and hopes to present a lasting statement for the future in "Youth Moose.

Semiratruth joins the show to discuss their latest release, "loading..".